Christian Alliance SW Chan Memorial College, a partner school of the “Enriched IT Programme in Secondary Schools”, won the Champion of the RoboMaster 2020 Youth Tournament (Hong Kong) (with photos) 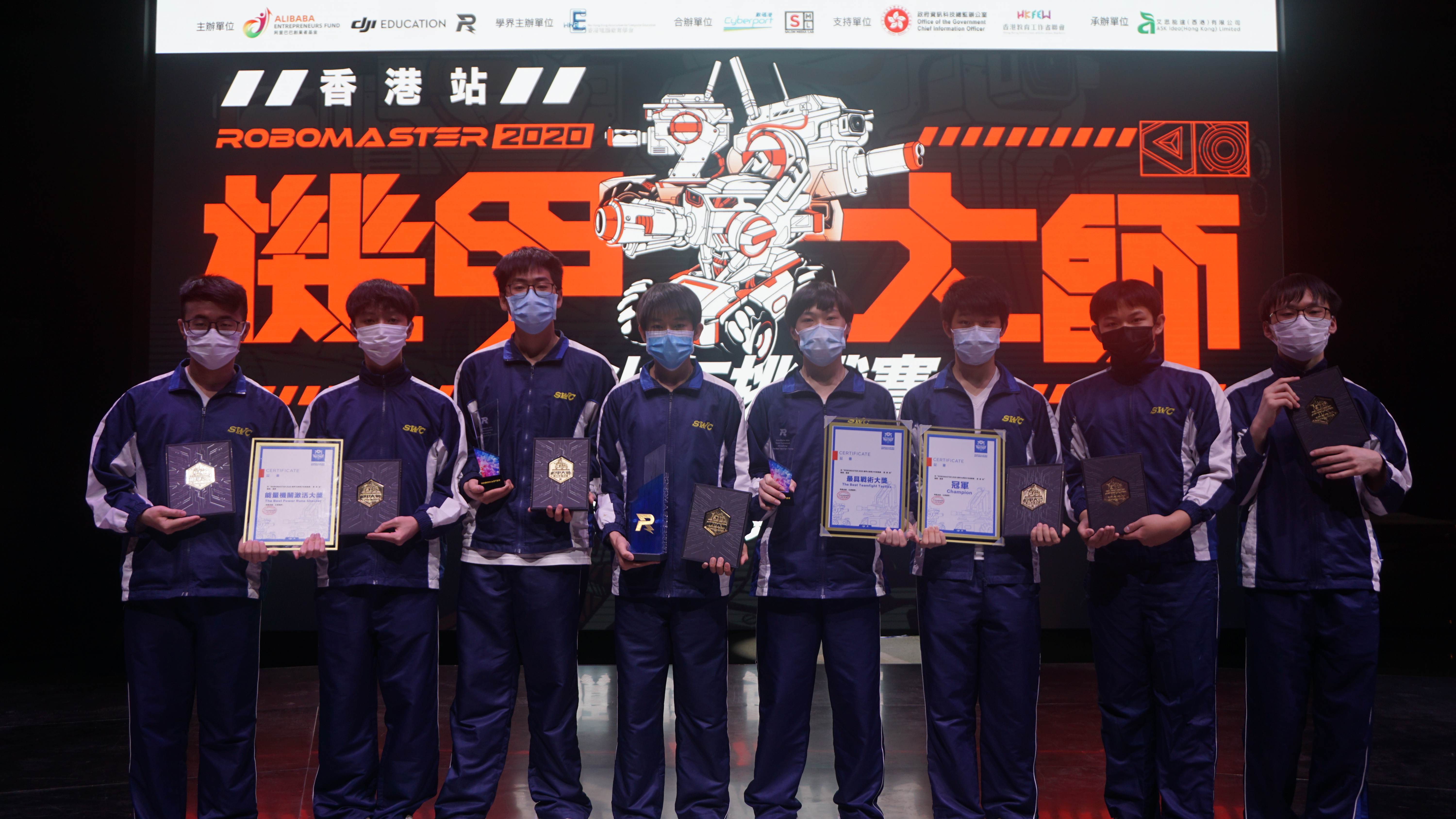 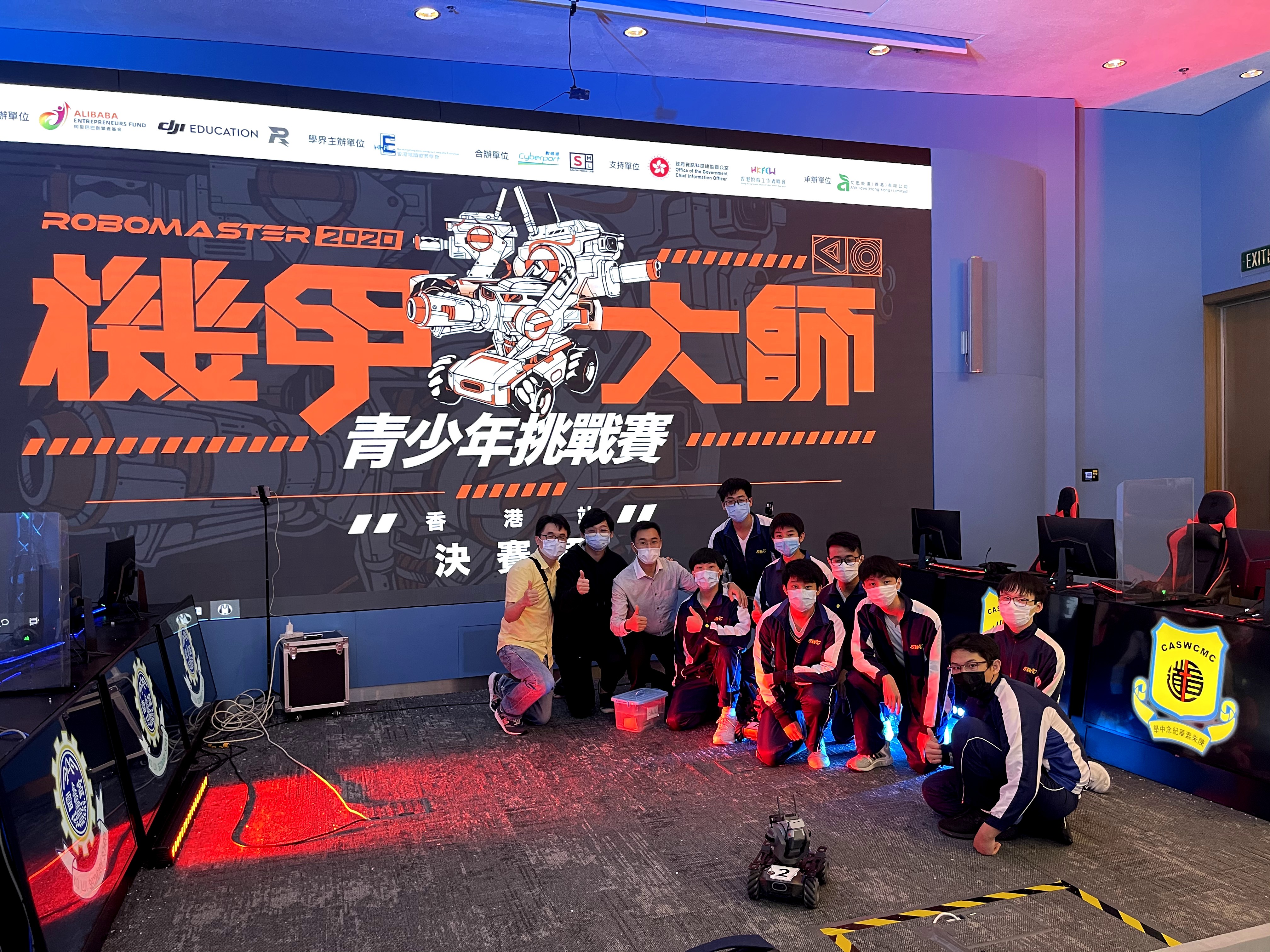 Robomaster 2020 Youth Tournament (Hong Kong) was a robotic and e-sport competition for Hong Kong’s secondary school students, comprising three major elements, namely mechanical engineering, coding and e-sport. Each participating team was formed by six to eight students. There were 50 secondary schools in total taking part in the competition. Competing teams would play against one another using self-developed or refitted robots, which were controlled through pre-programmed commands to automatically perform various attack and defense skills. Two teams would play in a best-of-three sets with each round lasting for 5 minutes. When a round is up, the team with the higher number of Base Health Points is the winner.