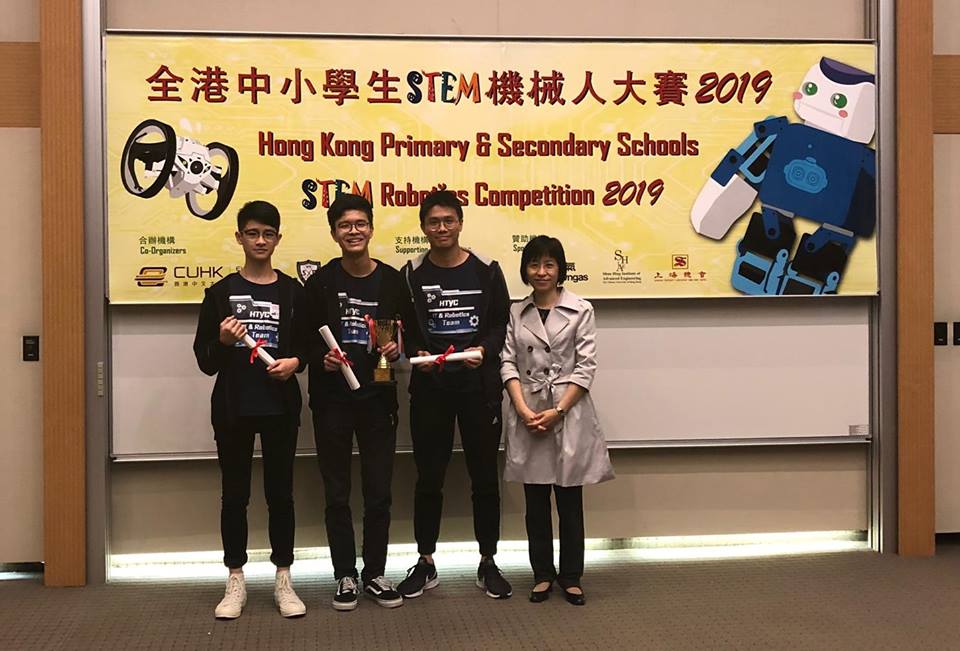 The Competition was divided into Round A and Round B, and participating teams had to complete both rounds. In Round A, students were required to build programs to control a humanoid robot to pick up color cubes on the floor and then throw the cubes over the wall to another robot. The robot would push the color cubes to the destination zones automatically using color and pattern recognition. In Round B, students were required to build programs for their robot which would compete with the robot of another team to push as many number of cubes as possible to the opponent's zone automatically using color and pattern recognition within the specified time. Number of cubes remaining on the opponent's zone upon end of competition was the team score. Scores of Round A and B of each team were added up and the three teams with the highest scores would be winners.

The Enriched IT Class students who were crowned the champion of the senior secondary division of the competition would receive subsidies to participate in the “Silicon Valley Technology Exploring Tour”. The tour included visiting the laboratories of Stanford University, and large enterprises like Google and Cisco, for students to experience the work environment of large tech enterprises and tech start-ups and to have face-to-face discussions and exchange of ideas with technologists and entrepreneurs. Students would work in groups to analyse and solve specific problems posed by the host companies.